Optimal health for our evolving community

CCWS is the only comprehensive HIV/STD service organization in Berks and Schuylkill counties. Through our prevention, screening/testing, and care services we reach more than 9,000 people a year. 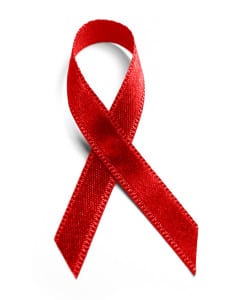 Co-County Wellness Services began in 1985, when a mother from Schuylkill County was connected to a social worker at St. Joseph Medical Center, in Berks County, by an AT&T operator.

Harriett, the mother, had a son with AIDS and he was coming home to die. She didn’t know where to turn for information, support, or care. The social worker, William (Bill) Bender, responded to her call by linking her with a variety of people and resources in the greater Reading area.

Bill knew of isolated cases of AIDS in Berks County. He was also well aware that AIDS was growing at epidemic proportions in some larger cities. Harriet’s call made it clear, that time was the only thing separating our more rural counties from an AIDS crisis of our own.

With this insight, Bill gathered a diverse group of interested volunteers that included clergy, medical providers, lawyers, business professionals, community activists, Persons Living with AIDS (PLWAs), and persons affected by AIDS. Together they organized Berks AIDS Health Crisis (BAHC) and began to build a network of support for PLWA and their significant others. From the start, a key component of their effort was community education.

As the number of PLWA in our community continued to grow, BAHC volunteers recognized a need to develop the structure that comes with a paid staff. In 1988 BAHC, as a program unit of Reading Urban Ministries, became one of the first AIDS Service Organizations in Pennsylvania to secure state funding. With a part-time Executive Director and one Case Manager, the agency served 31 clients in its first five months as a funded organization.

The needs, during the early years, were urgent and overwhelming. Without the ongoing commitment of countless volunteers, which included many people who were infected and/or personally affected by the epidemic, BAHC could not have survived to evolve into the well respected organization it is today.

By 1992 more than 500 PLWA had received services from the agency and the staff had grown to include a full-time Executive Director, a Director of Development, two Case Managers, two Educators, two Peer Workers, and a part-time receptionist. It was clear that the epidemic was here to stay, and AIDS Services would need to become a more permanent fixture in our community. BAHC became an independent agency, under the name of Berks AIDS Network (BAN) and purchased its current facility at 429 Walnut Street in Reading.

True to its name, BAN staff and volunteers worked tirelessly to network with other area service providers in order to ensure that individuals and families infected and affected by HIV/AIDS had access to quality services, compassionate care and accurate information. Our ability to collaborate with community partners led to a National Red Cross Prevention Grant, awarded to BAN and the Berks County Chapter of the American Red Cross, in 1994.

The prevention program expansion, made possible by the Red Cross grant, resulted in prevention programs reaching children and youth in all 18 Berks County school districts by the end of 1995. With our HIV+ client numbers now surpassing 1,000 the importance of educating our youth about prevention options was painfully obvious.

In 1996, BAN became a member agency of the United Way of Berks County. Through United Way funding, the agency was able to continue school-based prevention education programs, throughout the county.

This same year, the agency secured funding from the Spirit of Saint Francis Fund and the PA Department of Health that, combined, provided the seed monies to establish our Wellness Center. At a time when specialty HIV care was not readily available to most of the PLWA in our community, and HIV treatment options were very limited, the Wellness Center filled a critical need. Operated by a certified registered nurse practitioner, trained in homeopathy and alternative medicine, the Wellness Center gave the uninsured and underinsured members of our community ready access to specialty HIV care and treatments options.

In 1997, we opened a satellite office in Pottsville, Schuylkill County, known as Schuylkill Wellness Services [SWS]. Although BAN had, from its very beginning, provided case management and supportive services to residents of Schuylkill County these services had generally been contingent upon the consumer’s ability to travel to Berks County. With the opening of our Pottsville office we began to provide these services, for people infected and affected by HIV, in their home community. With the addition of SWS we were also able to expand our service continuum, for the Schuylkill County community, to include prevention services.

As our client numbers grew, we recognized that there was a need for greater access to HIV Counseling and Testing Services in our community. Through private funding, we began to offer this service at our Reading and Schuylkill sites in the late 1990s. Before the turn of the century, we had secured contracts with the Pennsylvania Department of Health [PA DOH] that allowed us to offer free confidential and anonymous HIV testing at both of our service sites.

By the year 2000, the HIV treatment advances of the mid-1990s were having a noticeable impact in our community. Persons living with HIV infection were living with a new quality of life. For the first time in the history of the epidemic, health was restored for many and hope was real for most. It was now routine practice to measure a patient’s viral load [amount of virus in the bloodstream] as well as their CD4 count [a lab marker indicative of immune system functioning]. It was even possible to examine the genetic make-up of an individual’s virus, with phenotype and genotype testing, to determine which medications would or wouldn’t work on a case by case basis. HIV was quickly becoming a chronic and manageable disease.

At this point, the CCWS management team recognized the importance of integrating HIV prevention and treatment with STD [sexually transmitted disease] care and treatment. Our prevention programs had already expanded, in the mid-1990s, to include STD prevention. In the spring of 2001, under contract with the PA DOH, we established an STD Clinic at our Pottsville office. This service expansion was followed, with the opening of an STD Clinic at our Reading office, in December of the same year.

CCWS is considered to be a leading community based organization, in the AIDSNET region and in the Commonwealth of Pennsylvania. With a comprehensive array of care and prevention services, addressing HIV/AIDS and related health issues, highlights of our leadership role include: CCWS as the only AIDS service organization in the State selected as a pilot site for HIV rapid testing; the creation of a Risk Assessment Tool [RAT] that was adopted by AIDSNET, for regional use, as a prevention service resource; first in the region to develop and implement a Prevention Case Management initiative; a poster presentation, on treatment adherence, at the 2006 International Association of Physicians in AIDS Care [IAPAC]; and participation in the President’s Emergency Plan for AIDS Relief [PEPFAR] with Gail Kerschner, our STD Clinician, serving as a nurse mentor in Swaziland. Prior to the development of PEPFAR, CCWS had provided schedule flexibility for staff members who traveled to India and Kenya to share their knowledge and learn about the global challenges of the HIV pandemic.

Our Berks County program unit was founded in 1985 as Berks AIDS Health Crisis and later known as Berks AIDS Network (BAN, 1992-2003), Co-County Wellness Services continues to meet the needs of persons living with HIV in our community through Case Management and Medication Adherence services. Additionally, we provide prevention services related to HIV/STDs and teen pregnancy as well as HIV testing and STD screening/treatment.

Berks County ranks in the top 10, among Pennsylvania’s 67 counties, for cumulative HIV cases and rate of new HIV infections. Our STD rates rival the state rate and we have a teen birth rate that exceeds both state and national averages. Our STD clinic records over 1,800 patient visits per year.

BAN is the only comprehensive HIV/STD service organization in Berks County.

Many Schuylkill County residents are not aware of the impact HIV and other STDs have on the health of the community. Schuylkill County ranks in the top third of Pennsylvania counties for cumulative HIV cases and the top 50 percentile for rate of new infections. There are hundreds of visits made to our STD clinic each year. The rate of teen births in the county exceeds the state.

SWS is the only comprehensive HIV/STD service organization in Schuylkill County.

Co-County Wellness Services is committed to following all applicable legal and ethical guidelines related to client confidentiality. These guidelines include Pennsylvania Act 148 of 1990, known as the Confidentiality of HIV-related Information Act; the Health Insurance Portability and Accountability Act, commonly known as HIPAA; and the Code of Ethics of the National Association of Social Workers. 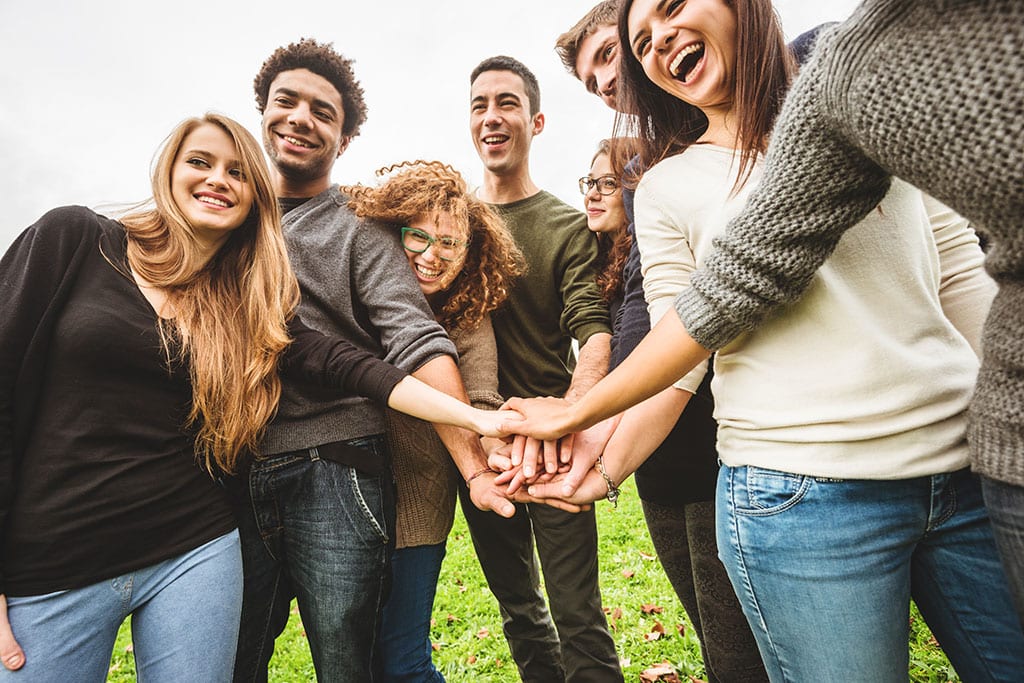 Thank you for considering a donation to Co-County Wellness Services, a community based 501(c)3 not-for-profit organization. Your financial donation is tax deductible and it enables CCWS to continue providing service, education, and advocacy for the public health.